China tested a nuclear-capable hypersonic missile in August, showing a capability that caught U.S. intelligence by surprise but it is possible that America’s military industrial complex is exaggerating aggression in Asia to replace vanquished enemies from the Cold War and global war against terror.

China’s test of a hypersonic missile in space was called a “game-changer” by experts who warn the weapon delivery system should fundamentally alter America’s calculations about Beijing’s military leverage.

Over the weekend, the Financial Times reported that the Chinese military in August secretly launched a rocket carrying a hypersonic glide vehicle into space, which flew around the globe through low-orbit space before returning to Earth.

The new hypersonic glide vehicle was launched with a ‘Long March’ rocket, used for carrying China’s Chang’e-5 lunar probe for its space program.

While the missile reportedly missed its target by about 20 miles, the test shows China has made rapid progress on the lightning-fast weapons and is far more advanced than American intelligence officials had realized.

Meanwhile, satellite images have revealed that China is upgrading and reinforcing its airbases closest to Taiwan along its southeastern coast, possibly indicating plans to take the breakaway island by force.

The images, captured by Planet Labs and first published by American tech and military site The Drive, showed work on aircraft shelters and reinforced munitions storage started early last year and continued uninterrupted during the Covid-19 pandemic. The construction has also come amid persistent rumors about the imminent public debut of China’s H-20 stealth bomber.

“We have no idea how they did this,” said one official quoted in the report.

Almost all advanced military powers including the US, UK, Russia and North Korea have all been working on developing hypersonic missiles, which have the advantages of fast flight – travelling at five times the speed of sound or more – and increased maneuverability that can make them very difficult to counter.

They also fly at lower altitudes than ballistic missiles, meaning they can potentially reach targets faster. 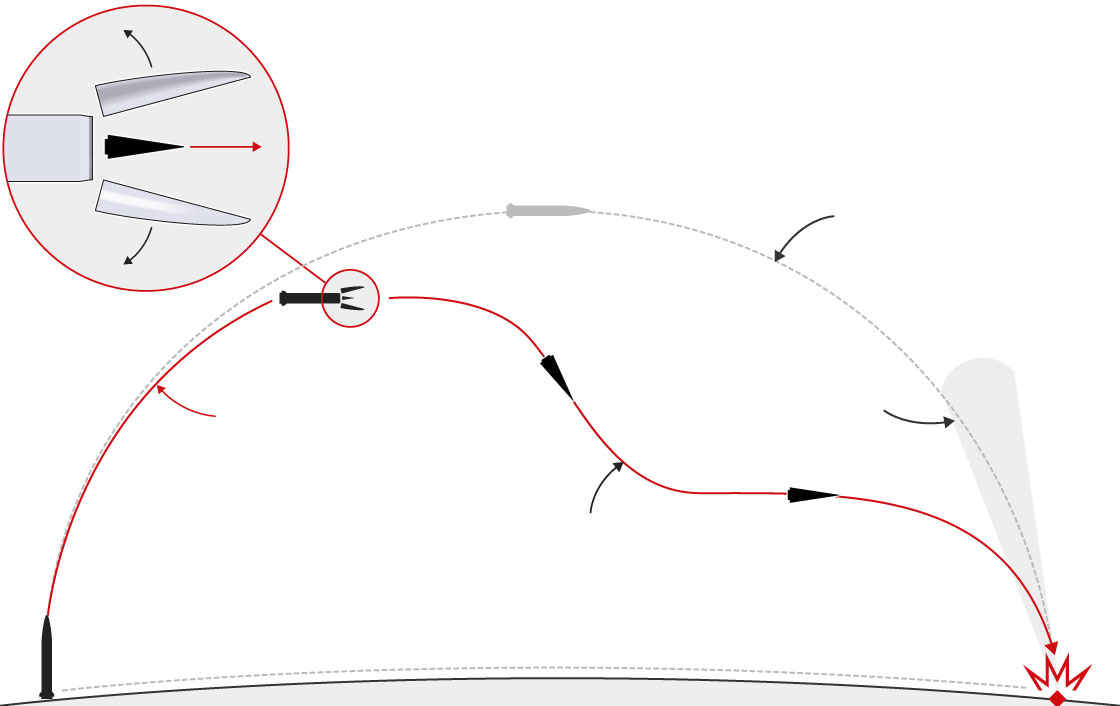 Drew Thompson, a former assistant secretary of Defense for for Asian and Pacific Security Affairs, said the test “really should change US calculations”.

“Especially if more tests improve the accuracy, establish its credibility, then I think it is a game changer in a way that little else has really shifted the balance,” said Thompson, who is also a visiting research fellow at the National University of Singapore’s Lee Kuan Yew School of Public Policy.

“Once it works, once it’s credible, it negates US missile defenses and it makes the US vulnerable and that has to fundamentally change US strategic calculations about its leverage and China’s ability to hold at risk major cities throughout the United States,” said Thompson.

Liu Pengyu, the spokesperson at China’s embassy in Washington, said that China always pursued a military policy that was “defensive in nature” and that its military development did not target any country.

“We don’t have a global strategy and plans of military operations like the US does. And we are not at all interested in having an arms race with other countries,” said Liu. “In contrast, the US has in recent years been fabricating excuses like ‘the China threat’ to justify its arms expansion and development of hypersonic weapons. This has directly intensified [the] arms race in this category and severely undermined global strategic stability.”

Having ended the Cold War and concluded its two-decade long ‘war against terrorism’ the US has recently pivoted its defense and intelligence operations to focus more on China.

Earlier this month, the CIA announced the creation of a new China Mission Center that would bring more resources to studying the country and better position officers around the world to analyze its activities.

Pentagon spokesperson John Kirby refused to comment on the specifics of the report but added: “We have made clear our concerns about the military capabilities China continues to pursue, capabilities that only increase tensions in the region and beyond. That is one reason why we hold China as our number one pacing challenge.”

There is also an increased international emphasis on combatting China’s growing military might. Last month, the US, UK and Australia announced a new international security alliance, dubbed AUKUS. Although it did not mention China specifically, it was widely interpreted as being aimed at Beijing.

“If there was any doubt about the importance of #AUKUS and democratic nations other strategic alliances to counter a malign Communist #China, now equipped with globe circumnavigating hypersonic nuclear missile capabilities…” tweeted Henry Smith, the Conservative MP for Crawley.

Last month, Frank Kendall, the US air force secretary, warned that Beijing had made huge advances in hypersonic weapons, including the “potential for global strikes … from space”.

He suggested China was developing something along the lines of the USSR’s Soviet-era Fractional Orbital Bombardment System.

“If you use that kind of an approach, you don’t have to use a traditional ICBM [intercontinental ballistic missile] trajectory. It’s a way to avoid defenses and missile warning systems,” said Kendall.

The hypersonic test comes amid heightened tensions between Beijing and Washington, including over recent record intrusions by Chinese military planes into Taiwan’s air defense identification zone that the US has condemned as “provocative” and “destabilizing” activity.

On Sunday, it emerged that the United States and Canada had sent warships through the Taiwan Strait last week, prompting a furious reaction from the Chinese military.

“Taiwan is part of Chinese territory.”